Patients with congenital generalized lipodystrophy develop diabetes at an early age and have severe elevations of triglyceride in the blood, along with a severe fatty liver. Dr. Garg found that the diabetes in these patients is made worse by a destruction of beta-cells of the pancreas by a substance called amyloid.

Recently, he carried out extensive studies on families that carry the gene for congenital generalized lipodystrophy. In collaboration with molecular biologists he has identified the chromosome that carries the gene for this disorder. His studies to identify the gene itself are underway. When the gene for congenital generalized lipodystrophy is found, it may be possible to develop a drug to treat patients with the disorder. In addition, it may provide important clues to the cause of adipose abnormalities in general.

Familial partial lipodystrophy is characterized by a deficiency of fat in subcutaneous adipose tissue. They accumulate visceral fat which gives rise to insulin resistance and the metabolic syndrome.

Dr. Garg has carried out extensive metabolic studies on patients with this disorder, and in collaboration with molecular biologists, identified the chromosome that carried the gene. Because of his extensive family studies, which allowed for chromosomal location, other molecular biologists have been able to identify the specific gene that causes the disorder.

The protein produced by this gene is called lamin A/C. The protein was already known, and in fact, defects in the lamin A/C gene also produce some forms of muscular dystrophy and heart disease called cardiomyopathy. Other defects in the gene cause lipodystrophy. Thanks to Dr. Garg's careful research, the genetic basis of this important disease has been uncovered. This work provides critical new insights into the role of adipose tissue in insulin resistance and the metabolic syndrome.

There are several forms of acquired lipodystrophy. Protease inhibitors for treatment of HIV are under particular attention because they cause lipodystrophy, insulin resistance, the metabolic syndrome and its consequences, diabetes and coronary heart disease.

Dr. Garg has initiated a series of studies to better understand how the protease inhibitors work and how they cause lipodystrophy. The goal of this research is to learn how to prevent this unfortunate consequence of this class of drugs that has proven so effective in prolonging the lives of patients with HIV.

Recently, our group identified the gene on the long arm of chromosome 9 (9q34), which when mutated causes congenital generalized lipodystrophy (CGL). This gene encodes the enzyme AGPAT2 (1-acylglycerol-3-phosphate O-acyltransferase 2), which is responsible for the production of an important intermediate in the synthesis of triglycerides.

Mutations in this gene may cause CGL by inhibiting the fat synthesis and storage in adipocytes (fat cells). Mutations in another gene called BSCL2 (Berardinelli-Seip Congenital Lipodystrophy 2) also can cause CGL. BSCL2 encodes a protein, Seipin, whose function remains unknown. Therefore how BSCL2 mutations cause CGL remains to be discovered.

We also recently reported heterozygous mutation of peroxisome proliferator-activated receptor-g (PPAR-g) gene (involved in the differentiation of body fat) in a patient who did not appear to have Dunnigan variety of lipodystrophy. This patient had diabetes mellitus and high levels of serum triglycerides and noted loss fat from the extremities and face at the age of 50. Thus PPAR-g gene mutation could be the molecular basis for one of the variety of familial partial lipodystrophy. 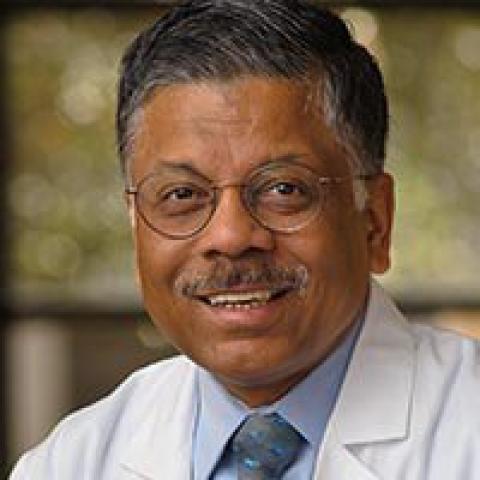 Dr. Garg is the leading expert worldwide on lipodystrophy treatment and research. He was the first researcher to test the hormone leptin as treatment for lipodystrophy as part of a clinical trial that started at UT Southwestern in 2000. In 2014, the U.S. Food and Drug Administration approved the drug form of leptin for treatment of generalized lipodystrophy.

Need 5-10 publications and a link to Dr. Garg's Pubmed list