The incidence rates of cerebral vascular disease (CBVD) and its associated cognitive impairment are rapidly increasing around the world. African Americans (AA) and patients with diabetes have higher rates of CBVD and associated cognitive dysfunction. However, the impact of race on the development of CBVD assessed by Magnetic Resonance Imaging (MRI) of the brain and cognitive testing remains poorly studied. Controversy exists regarding the severity of cerebral small blood vessel disease in AA, relative to European Americans (EA). Small blood vessel disease appears as "white mater hyperintensities" (WMH) on brain MRI. Several studies have reported more WMH, and some less WMH, in AA relative to EA. Existing studies failed to account for the effects of potentially modifiable environmental risk factors that impact development of WMH, such as access to healthcare, socioeconomic status, blood pressure and blood sugar control. This application proposes to determine the environmental and genetic factors that underlie cerebral structural and functional changes in 600 AA with type 2 diabetes. We plan to re-evaluate 600 AA in the ongoing AA-Diabetes Heart Study (AA-DHS) with cerebral MRI and a battery of cognitive tests; these individuals have previously been tested for the presence of silent (sub-clinical) heart disease and all have DNA available for genetic testing. We plan to test for relationships between alterations in brain structure (including WMH) and brain function with cognitive performance in these AA subjects. To determine whether racial differences in the relationships between CBVD and cognitive performance are present, results in AA would be contrasted with similar data in EA who have T2D from the related Diabetes Heart Study (DHS-MIND). This proposal will attempt to detect the inherited and environmental factors that produce susceptibility to CBVD in AA. We expect that modifiable environmental risk factors may explain the higher rates of CBVD reported in existing studies of AA. Furthermore, attention to these modifiable risk factors may reduce the rates of CBVD and cognitive dysfunction in the high risk AA population.

Publications as listed in the NIH Project Reporter

Publications as listed in the NIH Project Reporter 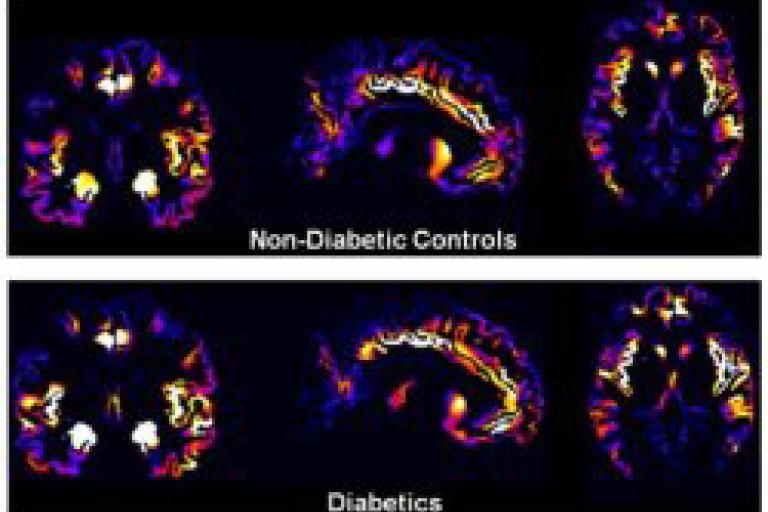