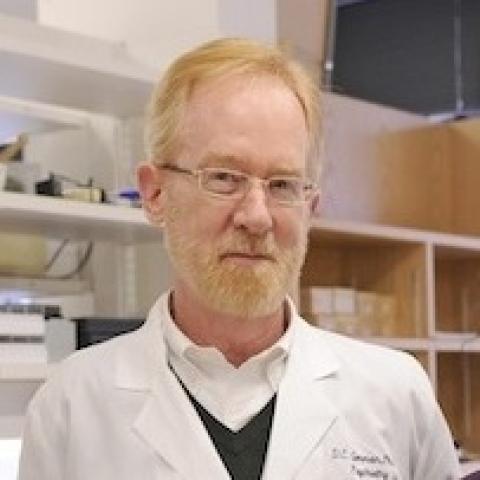 Parkinson’s disease (PD) is the second most common neurodegenerative disease, after Alzheimer’s disease (AD). Recently we have been working on a blood test for both AD and PD. Both diseases begin 10-20 years before symptoms manifest. We have identified a panel of proteins in the blood that has high accuracy for the identification of AD and PD. We are currently validating the biomarker panel such that it can be used widely as an early test to identify those at the beginning stage of both diseases. It is at this time that therapeutic intervention will be successful.

Autism spectrum disorder (ASD) is a neurodevelopmental disorder characterized by impairments in communication (verbal and nonverbal), social interactions, and stereotyped behaviors/interests. The etiology of ASD is not well understood, though it involves both genetic and environmental factors. Immune system dysfunction has been reported in many ASD studies. Systemic immunologic alterations in ASD individuals often have been associated with autoimmunity; in particular, the generation of antibodies reactive against brain and CNS proteins. We are working to identify blood biomarkers for ASD using the same approach that we have used to identify serum antibody biomarkers for Alzheimer’s disease. An ASD blood biomarker panel of proteins would be very useful for early identification and targeted therapeutic intervention.

ASD symptoms become apparent during the period when children are given vaccinations, leading some people to think that the vaccines and/or the mercury preservative (thimerosal) play a role in symptom onset. We recently studied the brains and behavior of non-human primates, exposed to the same human childhood vaccination schedules to determine whether neurodevelopmental changes occur. This work was done in collaboration with the National Primate Research Center at the University of Washington Medical School. We found that the vaccines/thimerosal caused no behavioral or brain abnormalities that are characteristic of ASD.

Please contact us (Email), regarding open positions within the laboratory.