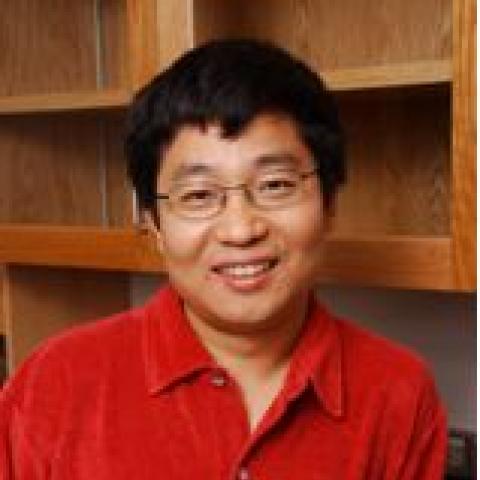 Ion channels are membrane proteins that control the flow of ions such as K+, Na+, Ca2+, and Cl- across the cell membrane. Ion channel function underlies many biological processes such as the excitation of nerve and muscle cells, the secretion of hormones, and sensory transduction. There are two fundamental properties of ion channels: ion selectivity and gating of the pore. Ion selectivity refers to the property that ion channels permit only specific ions through their pore; gating refers to the property that a channel opens and closes in response to a specific stimulus.

There are two general gating mechanisms of cation channels: ligand gating and voltage gating. In ligand-gated channels, a small molecule such as a neurotransmitter or second messenger binds to the channel and causes it to open. In voltage gating, changes in the membrane voltage open and close the channel.

Ligand-gated channels are diverse concerning ligands that cause them to open. In virtually every ligand-gated tetrameric cation channel, amino acid sequence analysis reveals the presence of a ligand-binding domain located on the C-terminal side of the pore. The domain is located strategically on the end of the pore-lining inner helix, just where we expect it to emerge from the membrane. The type of domain varies, depending on whether the channel is gated by cyclic nucleotides, by Ca2+, or by a different ligand. The common location of the ligand-binding domain in nearly all cases implies a general mechanism by which different ligands open cation channels.

A majority of prokaryotic K+ channels and certain eukaryotic K+ channels (i.e., BK channels) contain a conserved, C-terminal ligand-binding domain that we call the RCK domain, for regulation of K+ conductance. The research in my lab is to understand the mechanisms of ligand-dependent gating in K+ channels opened by RCK domains. The research will focus on MthK channel, a Ca2+ gated K+ channel from thermophilic archaebacterium Methanobacterium thermoautotrophicum. The approach will be multi-disciplinary, utilizing both X-ray crystallography, and electrophysiology. In brief, we are following two parallel paths. One is crystallographic, aimed at determining the structure of the closed and opened form of the channel, and the other is electrophysiologic, studying the effects of mutations in the Ca2+-binding site, the channel’s inner helices that line the pore, and in the intervening protein. The structures will provide a snapshot of the opened and closed states, but the functional work will provide information on the energetics of the gating process.

Jiang Y, A Pico, M Cadene, BT Chaitand, R MacKinnon (2001) Structure of the RCK domain from the E. coli K+ channel and demonstration of its presence in the human BK channel. Neuron 29:593-601.