Malter Lab focuses on exploring and characterizing intracellular signaling pathways in the immune and nervous systems and identifying how defects/abnormalities can lead to disease. We employ modern techniques of cell and molecular biology and biochemistry to establish and test initial hypotheses and then validate our in vitro observations in both animal models and human derived material. Whenever possible we utilize non-transformed, primary cells as the starting point for our work.

Identifying how defects/abnormalities can lead to disease

Receptor-mediated signaling induced by a variety of agonists including cytokines (TGF-β1, IL-1 and GM-CSF/IL-5), small molecules (Ca2+), and cell-cell contact among others, triggers the rapid and sequential activation of tyrosine and serine/threonine (Ser/Thr) directed kinases. These kinases are pivotal to dynamic intracellular signaling, leading to changes in gene expression and ultimately appropriate cell and organ physiology. Curiously, when examined in vitro, protein phosphorylation often has modest effects on protein function. These results suggest that in vivo phosphorylation requires additional regulators or co-factors, presumably proteins that can sense phosphorylation changes and amplify signaling. One such regulator is Pin1. Pin1 is a highly conserved, ubiquitously expressed cis-trans peptidyl prolyl isomerase first described in 1996. It binds to phospho-Ser-Pro or phospho-Thr-Pro motifs via its N-terminal WW domain and isomerizes the intervening peptide bond via a C-terminal peptidyl isomerase domain.

Isomerization around this single bond alters the conformation of the target protein, leading to dramatic changes in function, location and/or stability. Pin1 has been implicated in a variety of critical processes involving Ser/Thr directed phosphorylation including cell cycle regulation, apoptosis, cytokine production and signaling and gene expression. Not surprisingly, dysregulation of Pin1 activity and/or expression has been implicated in the pathobiology, progression and prognosis of many human tumors including those from the breast, lung, gut, or bone marrow. Pin1 knockout mice show a variety of pathology including premature aging, neuro-degeneration, infertility, reduced inflammatory and fibrogenic responses and reduced bone density. Paradoxically, Pin1 KO mice may also be “smarter” than WT as they show elevated post-synaptic protein synthesis.

Over the past 10 years, we have focused on elucidating the signaling cascades mediated by Pin1 in multiple normal and pathologic processes including asthma and allergic inflammation, cytokine production and signaling, cell death, and the regulation of neuronal protein synthesis.

Pin1 and Asthma and Allergic Inflammation

Asthma is one of the most significant clinical problems in the developed world. Over 25 million people in the U.S. have asthma, with estimated health care and lost work productivity costs in the billions of dollars/year. Unfortunately, asthma prevalence is rapidly growing in developing countries such as China and India, presumably due to increased exposure to industrial pollution and progressive urbanization, making this a world-wide epidemic.

While some children with asthma “grow out of it”, a significant percentage of adolescents or young adults do not. Chronic asthma is a debilitating disease. Excess airway fibrosis and scarring are among the most significant sequela. This progressive change in airway anatomy and function is called remodeling, and results in reduced airflow despite increased respiratory effort. Remodeling is driven by cytokine producing, infiltrating immune cells, particularly eosinophils (EOS) that migrate into the lung from the peripheral blood in response to chronic allergic stimulation. Once there, EOS secrete both pro-fibrotic cytokines, especially TGF-β1 and pro-survival cytokines including GM-CSF, IL-3 and IL-5. TGF-β1 activates resident fibroblasts (Fb) and induces the production of extracellular matrix (ECM). GM-CSF and IL-5 prevent apoptosis, facilitating the accumulation of long-lived EOS in the inflamed lung.

A large number of clinical studies have shown that ablation of EOS, typically with inhaled corticosteroids, can prevent or mitigate airway remodeling. However, long-term steroid use has significant morbidity and better therapies are urgently needed. Therefore, we have focused on two main aspects of asthma biology:

Our ultimate goals are to identify proteins that can be targeted to reduce EOS numbers (induce apoptosis), prevent cytokine production, or modulate downstream signaling events. If exploitable, each endpoint should reduce airway damage and remodeling.

We have shown that Pin1 is highly expressed by airway Fb and EOS and that PPIase activity is rapidly enhanced by physiologic concentrations of GM-CSF, IL-5 or TGF-β1. Cytokine treatment induced Pin1 binding to Smad3, Smad6, multiple PI-3-K isoforms and Akt, suggesting an important role in the initiation and proximal propagation of TGF-β1 signals. Indeed, Pin1 KO or chemical inhibition blocked TGF-β1 mediated Smad3, Akt and JNK phosphorylation, disrupted Smad6 trafficking, and prevented Smad3 nuclear translocation and target gene activation. In vivo, Pin1 KO markedly attenuated pulmonary fibrosis in models of asthma or pulmonary (bleomycin) injury. Consistent with animal studies, Pin1 is overexpressed in airway inflammatory cells of patients with allergic disease. We are currently exploring how Pin1 mediates these effects by defining the interaction site(s) in target proteins, characterizing changes in gene expression in the absence of Pin1 as well as generating conditional KO mice for interrogation of the tissue specific function of Pin1 in pulmonary and other disease models.

In peripheral blood, EOS have a life-span of approximately 3 days before undergoing apoptosis. IL-5 or GM-CSF prevents cell death both in vitro and in vivo. Thus EOS are an excellent, primary cell model to study cell death and the production and signaling of factors that can modulate it. Pharmacologic inhibition of Pin1 accelerated EOS death despite pro-survival cytokine signaling. We showed that IL-5 or GM-CSF induces Pin1 activation and binding to the pro-apoptotic Bcl-2 homolog, Bax at Thr167-Pro168. Binding was preceded by and dependent on Thr167 phosphorylation by Erk. Mutation of Thr167 to alanine prevented Pin1 interactions and rendered transduced EOS insensitive to GM-CSF or IL-5. Conversely, productive interactions prevented Bax activation and EOS death. We are currently defining how Pin1 affects other components of the intrinsic and extrinsic apoptotic pathways with a particular focus on Fas and FADD.

The ability to acquire new memories and learn from environmental queues requires changes in neuronal gene expression. This reflects both nuclear events (e.g. changes in transcription) as well as local events within stimulated dendritic spines that have received trans-synaptic signals. A local event of critical importance is alterations in the translation of dendritic spine mRNAs that presumably transduce the electrical/chemical synaptic signal into biochemical (protein) signals. Multiple neurodevelopmental diseases including Fragile X Syndrome and neurodegenerative diseases such as Alzheimer’s have inherited or acquired defects in these processes, possibly explaining the reduced cognitive function in these disorders.

We hypothesized that Pin1 played a role in dendritic translation due to its interaction with key signaling kinases including Erk, PI-3-K and Akt that are triggered by neurotransmitters. Consistent with this, Pin1 blockade or KO increased the rate of basal translation in synaptoneurosomes (SN), brain preparations that are highly enriched for resealed pre- and post-synaptic vesicles and thus contain all of the signaling machinery present in vivo. Wild type SN increased translation after stimulation with glutamate to the level seen in KO preparations suggesting Pin1 was required for the regulation of protein synthesis.

As translation is required for long term potentiation (LTP), an electrophysiologic correlate of memory acquisition, we compared potentiation after theta burst stimuli in brain slices from WT vs. KO mice. Consistent with the above results, KO slices showed significantly greater LTP than WT that was blocked in both WT as well as KO preparations by the protein synthesis inhibitor, anisomycin.

Based on these data as well as prior published work, we asked if Pin1 interacted with PKMζ, a constitutively active PKC isoform highly expressed in neurons whose activity is required for memory retrieval and LTP. Immuno-precipitation revealed that Pin1 and PKMζ interacted and additional studies showed that PKMζ phosphorylated Pin1, rendering it inactive. Blockade of PKMζ also inhibited dendritic protein synthesis irrespective of the presence of Pin1, suggesting it functioned downstream of and possibly mediated the effects of Pin1 on translation.

We are planning on establishing the behavioral and intellectual consequences of Pin1 KO in adult animals, as well as pursuing the mechanisms by which Pin1 affects protein synthesis utilizing a combination of in vitro systems (neuronal cultures and SN) s well as conditional KO mice lacking Pin1 in different regions of the brain.

James S. Malter, M.D., joined the UTSW faculty as Professor and Chairman of the Department of Pathology in August, 2011. He holds the Senator Betty and Dr. Andy Andujar Distinguished Chair in Pathology.

A graduate of Dartmouth College (A.B. in Biochemistry) and Washington University School of Medicine in St. Louis, he completed a post-doc and residency training in Laboratory Medicine at the University of Pennsylvania. 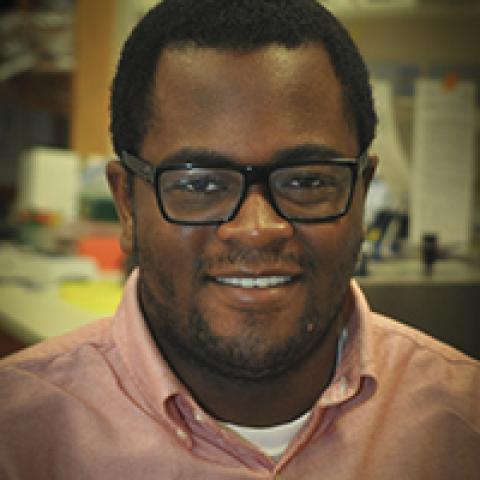 I am currently an Undergraduate at Harvard University studying Molecular and Cellular Biology with plans to pursue graduate education on either an MD or MD/PHD route. I am in Dr. Malter's lab for the summer through the SURF program and am currently working on a project looking to understand how a proposed activator of PIN1 affects the pathway leading to dendritic spine loss and ultimately Alzheimer's. 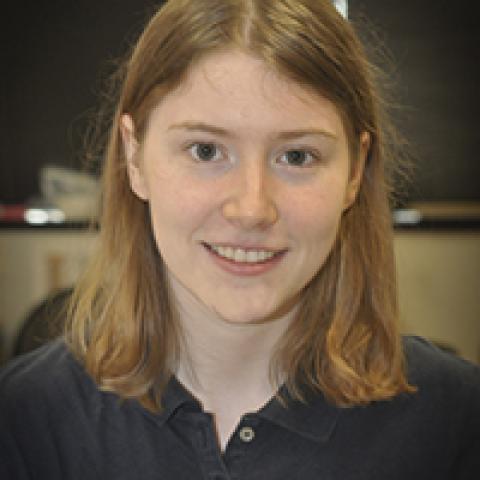 I am a medical student at UT Southwestern working in Dr. Malter's lab through the Summer Research Program. I am looking further into the role of PIN1 in Alzheimer's disease by determining the activity of mutant PIN1 proteins and determining their influence on dendritic spine count and morphology. 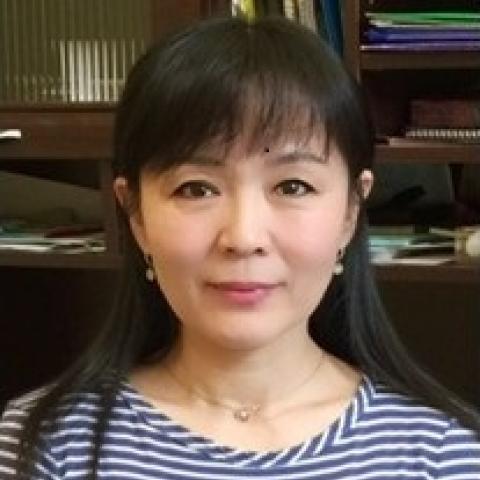 I was born and raised in China and graduated from China Medical University with both a M.D and Ph.D. I joined Dr. Malter Lab in 2011 and my research is focused on generating conditional knockout mouse for tissue specific gene disruption, particularly in lung, eosinophils, neuron, and bone. Outside the lab I enjoy reading, watching movies, and spending time with my husband and kids. 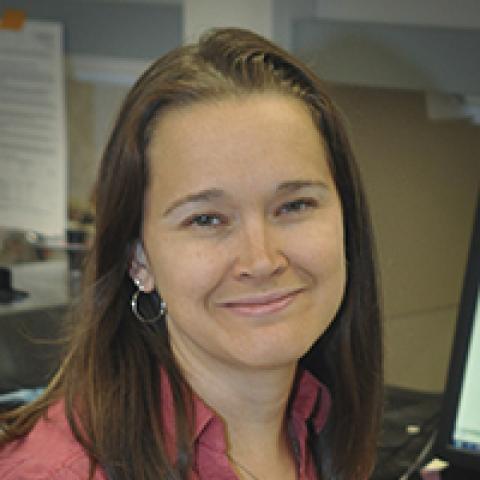 I joined Dr. Malter's group in 2015 after completing my postdoctoral training in Cell Biology at UT Southwestern. My current research examines how post-translational modifications effect Pin1 activity and Pin1 protein-protein interactions in neurons. Ultimately, we are investigating if Pin1 contributes to pathways in early onset Alzheimer's disease. 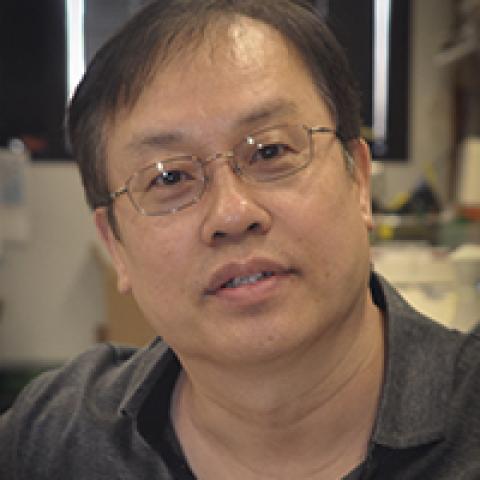 I am from China and joined this lab in 2003 after completing postdoctoral fellowship in Japan, and initiated my studies on the molecular pathogenesis of allergic asthma and pulmonary fibrosis. Specifically, my research has been directed to understand how immune cells, particularly eosinophils produced cytokines and responded to receptor mediated signaling. I showed that Pin1, a peptidyl prolyl isomearase, regulates eosinophil lifespan as well as fibrotic phenotype of lung fibroblasts in rodent model of allergic asthma and human asthmatics. Currently I am pursuing the molecular mechanism by which Pin1 controls TGF super-family signaling and its roles in disease pathogenesis. These studies could lead to the identification of novel therapeutic approaches for the treatment of human diseases. 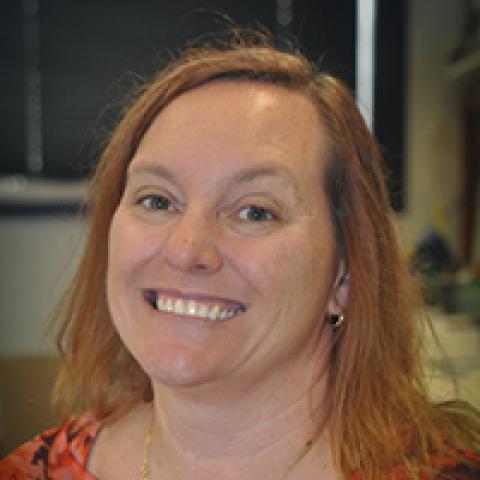 Malter JS, Hong Y. A redox switch and phosphorylation are involved in the post-translational up-regulation of the adenosine-uridine binding factor by phorbol ester and ionophore. J Biol Chem. 1991 Feb 15;266(5):3167-71.