The Jain Lab is broadly interested in the impact of sex hormones, primarily estrogen and progesterone, on airway diseases and host immune responses to infections by agents such as Pseudomonas aeruginosa.

The airway diseases we focus on are cystic fibrosis (CF) and other forms of bronchiectasis. CF is an autosomal recessive inherited disease. Morbidity and mortality are primarily driven by progressive airway obstruction, inflammation, and recurrent respiratory infections.

Despite the equal prevalence in both sexes, CF females have a shortened life expectancy relative to males. In addition, females acquire respiratory infections at an earlier age than males and have a more rapid decline in health.

Similar patterns have been described in women versus men with other airway diseases such as chronic obstructive pulmonary disease, asthma, and non-CF-related bronchiectasis.

Our research team is dedicated to understanding the role of sex hormones on host immune responses to infection, specifically Pseudomonas aeruginosa, using murine and cell-based models. We also plan to study the impact of sex hormones on susceptibility to non-tuberculous mycobacterial infections.

Our long-term goal is to build the foundation for novel hormone-modulating therapeutics to treat airway diseases. 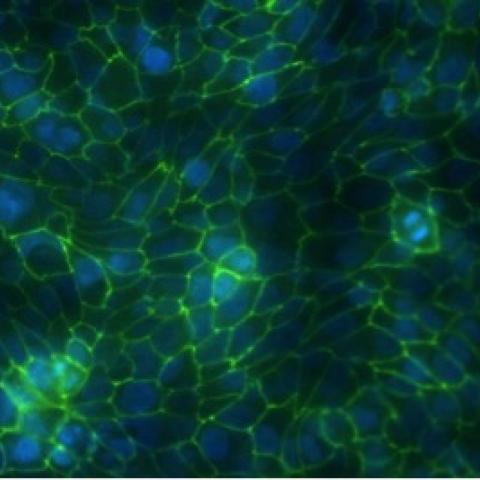 Hormonal effect on responses to infection

We also study the impact of sex hormones on neutrophil responses to Pseudomonas aeruginosa and the interaction of the epithelium and neutrophils under these conditions.

We have a particular interest in studying the effects of estrogen on neutrophil phagocytosis and NETosis.

Shown: Immunofluorescent staining of airway epithelial cells grown at the air-surface liquid. A tight junction is visible through the stain of ZO-1 in green and nuclear staining in blue. 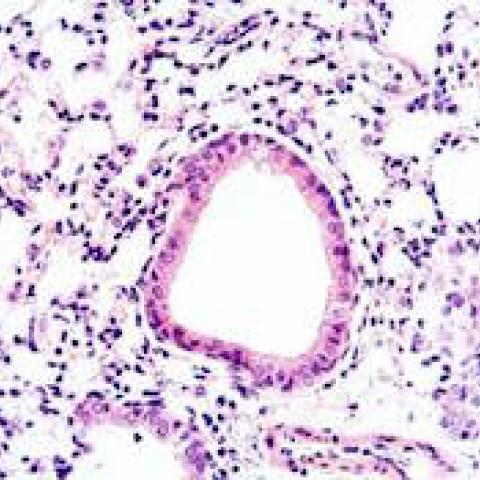 We use murine models of acute and chronic infection with Pseudomonas aeruginosa in wild-type and CFTR-null mice to determine the impact of sex hormones on inflammation and bacterial clearance.

Male and female mice, both intact and ovariectomized, undergo hormone manipulation to determine specific receptor influences and target pathways. We employ an array of techniques such as immunohistochemistry, flow cytometry, and RT-PCR.

Shown: Histology of lungs from our mouse model of Pseudomonas aeruginosa infection.

Our adult Cystic Fibrosis Program is accredited by the Cystic Fibrosis Foundation. We serve over 250 adults with CF and have a multi-disciplinary team dedicated to the care of patients with CF.