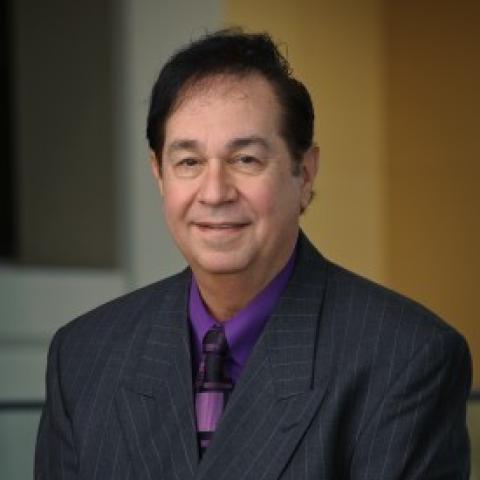 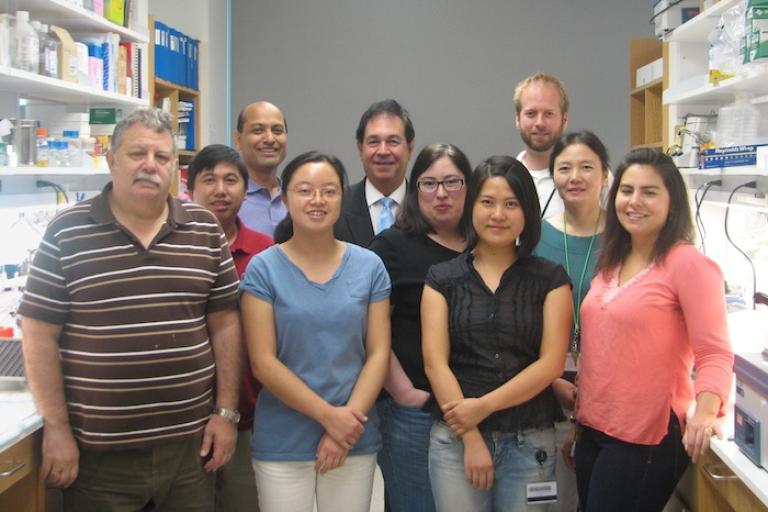 The Norgard Laboratory is engaged in three areas of infectious disease research: syphilis, Lyme disease, and tularemia. Syphilis and Lyme disease are complex infections of enormous public health importance; there is presently no vaccine for either disease. Tularemia has been recognized as an important potential agent of bioterrorism. Our work on tularemia is part of the United States national biodefense initiative.

Our lab seeks to understand how the causative bacteria initiate disease, how they sustain long-term disease pathology, and how molecular components of these bacteria might be used in new vaccines.

Lyme disease, caused by the bacterium Borrelia burgdorferi, is the most prevalent insect-borne disease in the United States. Lyme disease has at least four ominous features. First, it is extremely difficult to diagnose, allowing many infections to go unrecognized and untreated. Second, in contrast to other bacterial infections, the human immune system cannot ward off an untreated infection by B. burgdorferi, thereby leading to a chronic disease state. Third, the clinical consequences of Lyme disease are devastating, manifesting as many debilitating forms such as arthritis, muscle aches, atrioventricular heart block (arrhythmia), and neurological impairments.

B. burgdorferiis exceedingly difficult to study. Part of this difficulty derives from the fact that the bacterium lives half of its life in ticks, and the other half in small mammals (mostly wild mice). The parasitic strategy and life cycle ofB. burgdorferiare very complex. Because the organism occupies two very different environments, it is essential that it drastically alter its physiology to accommodate these diverse niches. Several years ago, we discovered the first regulatory pathway (the RpoN-RpoS pathway) controlling gene expression in the Lyme disease spirochete. This regulatory pathway governs the expression of several of the causative agent’s virulence traits. By further studying the regulation of expression of these virulence-associated molecules, we are making progress towards understanding how the organism maintains itself in nature in both ticks and mammals — including humans.

Using other genetic approaches, we also have discovered several previously unrecognized molecules of B. burgdorferi that may serve as new Lyme disease vaccine candidates. These candidate vaccines are being evaluated in an experimental mouse model of Lyme disease. Finally, we recently discovered a new molecule that plays a major, but unanticipated, role in conferring pathogenicity to the organism; this knowledge has spawned a new avenue of investigation that is likely to uncover other new aspects about the virulence of B. burgdorferi.

Although one of the oldest recognized sexually transmitted diseases of major public health importance, syphilis is still very poorly understood. Much of this lack of knowledge stems from the inability to grow the causative bacterium, Treponema pallidum, in the laboratory. Most people think that syphilis has been all but stamped out, but syphilis remains an important sexually transmitted disease in the United States, and it is particularly prevalent in Texas. In this regard, congenital syphilis continues to pose a significant problem in neonates born to mothers who have not had adequate prenatal care.

In a novel approach, our laboratory studies the proteins  that are located on or near the outer surface of the organism; we are the only research group in the world using this innovative molecular approach. By understanding these proteins as both the physical and functional interface with the human host, we hope to gain important clues about how the syphilis bacterium sustains its chronic infection. We have been active in solving the three-dimensional structures of a number of these proteins; these efforts have provided new insights into how the bacterium can survive in humans, thereby yielding clues about how potentially to interrupt the infectious process.

Tularemia, caused by the bacterium Francisella tularensis, is second to anthrax on the list of microbial pathogens that are dangerous potential bioterrorism agents. Tularemia was a major component of the former Soviet Union's bioterrorism armamentarium, and antibiotic-resistant strains of F. tularensis are in the hands of countries hostile to the United States. The tularemia organism is quite deadly, and is more easily weaponized for inhalation exposure than the anthrax bacillus. Moreover, little is known about how F. tularensis infects humans, mostly because the organism is so dangerous to work with and it usually only infects wild animals such as rabbits.

Our research initiatives involve elucidating fundamental molecular aspects of F. tularensis that allow it to cause human infection, as well as developing a new non-living vaccine that potentially can be used to protect our military and civilian populations against a bioterrorist attack. Using a special biosafety level 3 (BSL3) biocontainment facility built at UT Southwestern years ago, we developed a method to identify surface proteins of the organism that likely facilitate the bacterium's ability to cause infection, disease, and death. Among a number of discoveries that we have made, perhaps the most striking at this time includes our development of an acellular (non-living) vaccine formulation that has been shown to protect 100% of mice or rats against lethal disease.

The new outer membrane protein-based vaccine formulation has attracted the attention of the U.S. Army Medical Research Institute for Infectious Diseases (USAMRIID), as well as the U.S. Defense Threat Reduction Agency (DTRA). In collaboration with these military entities, we are planning on vaccinating monkeys at USAMRIID with our outer membrane protein-based vaccine formulation to test the safety and effectiveness of the vaccine in non-human primates as a prelude to human studies.