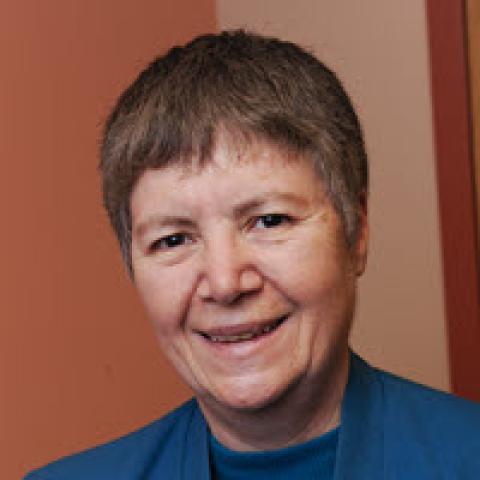 High serum levels of cholesterol usually are due to too high levels of LDL cholesterol. This condition, called hypercholesterolemia, increases the risk of coronary heart disease. A high LDL is dangerous in both men and women. Some forms of high LDL are inherited, but most appear to result from excessive intakes of saturated fats and cholesterol. Besides the well-known genetic deficiency of LDL receptors, which was discovered by Drs. Joseph Goldstein and Michael Brown, Dr. Vega, and co-workers have discovered three other causes of high LDL. First, she found that some patients have abnormal LDL particles that cannot be removed from circulation because the abnormal LDL does not recognize the receptors. The defect resides in the protein of LDL, called apolipoprotein B-100. This disorder is called familial defective apolipoprotein B-100. The molecular defect underlying familial defective apolipoprotein B-100 was discovered in collaborative studies with investigators at the Gladstone Foundation, University of California, San Francisco. The defect is a substitution of glutamine for arginine at position 3500 of the apo B molecule (see description of molecular interaction of apo B-100 with LDL receptor by Innerarity). Since the initial observations, many patients have been diagnosed with this disease, particularly in Germany. It is also noteworthy, that patients originally classified as having receptor defects also were found to have familial defective apolipoprotein B-100.

Third, Dr. Vega has discovered that a high LDL level can result from an excess formation of LDL due to the failure of the liver to remove VLDL, the precursor of LDL. The latter finding has prompted her to look more carefully at the metabolism of the precursors of LDL. As is well known, LDL is a breakdown product of lipoproteins called very low density (VLDL). VLDL are enriched in triglyceride, hence they are also called triglyceride-rich lipoproteins (TGRLP). The metabolism of TGRLP appears to be one-factor regulating serum concentrations of LDL cholesterol.

Many patients who have CHD do not have high levels of LDL, but instead, have low levels of HDL ("good cholesterol"). Such patients also have mildly elevated levels of triglycerides. Dr. Vega's metabolic studies in these patients revealed two metabolic patterns for LDL. Most patients with CHD who have a low HDL also have a high production of LDL. In these patients, LDL levels do not become high because LDL is removed very effectively by the liver. This overproduction of LDL in these patients is the result of the abnormal metabolism of TGRLP. The defect in the metabolism of TGRLP is primarily responsible for the low HDL as well as for the high production rate for LDL. Thus her studies showed that variations in TGRLP metabolism affect the metabolism of both LDL and HDL.

Secondly, a few patients have a low HDL without any abnormalities in TGRLP or LDL. These patients seem to have abnormalities unrelated to TGRLP. The regulation of HDL cholesterol levels is complex. Dr. Vega's studies have delved into the metabolic factors affecting HDL levels. Work in her laboratory found that many patients with low HDL have an increase in an enzyme called hepatic lipase.

Others have a high activity of another protein called cholesterol-ester transfer protein. Both of these abnormalities appear to promote the removal of HDL from the bloodstream. Dr. Vega's work has revealed that most patients with low HDL levels have an accelerated removal of HDL from the circulation. Although this is the characteristic defect, some patients with very low HDL levels also have a decreased production of the apolipoprotein AI, the major protein of HDL.

Primary hypertriglyceridemia (high levels of blood triglycerides) is a complex lipid disorder. Some patients have high levels of blood triglycerides because they eat too many carbohydrates, and the liver cannot cope with them. Others have high triglycerides because they have a defective breakdown of TGRLP. Still, others have high triglycerides because they have lost hormone sensitivity to the regulation of fat and glucose metabolism. The most important hormone in this respect is insulin. Dr. Vega's studies have shown that the most common form of hypertriglyceridemia results from lost sensitivity to insulin's regulation of fat metabolism. This is a form of insulin resistance. Specifically, a common component of hypertriglyceridemia is insulin resistance of adipose tissue. In patients who have insulin resistance, an excessive amount of fat (in the form of unesterified fatty acid) is released from adipose tissue. This excess makes its way to the liver when the fatty acids are converted into triglycerides and are secreted into circulation in the form of VLDL. This mechanism seems to play a key role in the development of hypertriglyceridemia. Premature CHD and death often occur in people who have diabetes mellitus and/or kidney disease. Both types of patients are at high risk of morbidity and mortality from CHD. This is true even when their LDL cholesterol levels appear to be in the "normal" range. We have identified two reasons for high levels of blood lipids in patients with kidney disease: (1) some patients who have a high level of LDL have reduced capacity of the liver to remove LDL particles from circulation; (2) other patients who have both a high LDL and a high triglyceride appear to have excessive production of lipoproteins by the liver. Dr. Vega has carried out extensive studies on the mechanisms of serum lipid disorders in patients with diabetes and with renal disease.

Mechanisms of Action of Hypolipidemic Drugs

Sometimes diet is not enough, and drugs are necessary to treat high blood cholesterol and triglycerides. It is very important to know how lipid-lowering drugs work and what the metabolic processes they affect are. One of Dr. Vega's goals has been to work out the mechanisms of drugs affecting lipid metabolism. The following briefly summarizes her studies to date.

This class of drugs includes lovastatin (Mevacor), pravastatin (Pravachol), simvastatin (Zocor), atorvastatin (Lipitor), fluvastatin (Leschol), cerivastatin (Baychol). Dr. Vega and her co-workers have researched the first four. These
drugs block the synthesis of cholesterol in the liver. In turn, the liver must acquire its cholesterol from the bloodstream. It does so mainly in the form of LDL. Statins make this possible by increasing LDL receptors. Her research on statins has contributed importantly to our understanding of their mechanisms of action. Our current studies are designed to examine whether these drugs are as effective in reducing TGRLP, the precursors of LDL as well as LDL. She has shown in patients with hypertriglyceridemia that statins lower LDL and some forms of TGRLP effectively. She also has found that they are effective for lowering LDL levels in patients with low HDL, nephrotic syndrome, various forms of hypercholesterolemia, and combined hyperlipidemia.

In some patients with hypercholesterolemia, two drugs will be needed to achieve desirable cholesterol levels. Also, some patients cannot tolerate statins. For this reason, we have sought new and promising cholesterol-lowering agents. Dr. Vega identified one such drug, which was discovered in Germany. It is called lifibrol. She obtained some of this drug and obtained permission from the FDA to test it, just as was done in the Center for Human Nutrition with Mevacor (lovastatin). Dr. Vega and her co-workers found that lifibrol increases the removal of LDL from the bloodstream like statins. Moreover, it is just as effective as statins, but it does not work like a statin; it does not inhibit cholesterol synthesis. Detailing the biochemical pathways of this drug action will prove to be very instructive in our research for new ways to control the LDL receptor.

This vitamin can be used at high doses to lower blood lipids, especially triglycerides. Nicotinic acid also raises HDL very well. Its major action is to reduce the liver's production of lipoproteins. Unfortunately, nicotinic acid has side effects that prevent its use by many people. It often causes flushing of the skin which bothers many patients. It can also raise the blood glucose level. There is a new form of nicotinic acid that appears to be more tolerable. It is called Niaspan®. Another advantage of Niaspan® is that it has reduced flushing. Dr. Vega obtained this drug from the Kos pharmaceutical company. Kos sponsored a study she designed to examine whether this drug blocks the release of fats from adipose tissue without raising blood glucose.

These are another class of lipid-lowering drugs. The major action is to reduce triglycerides. One fibric acid is gemfibrozil (Lopid). In a recent clinical trial - called the VA-HIT trial gemfibrozil was found to reduce heart attacks by 22%. Recently, a new drug in this class, fenofibrate (Tricor) has become available in the United States. In recent years, an important observation has been made regarding the mechanism of action of fibric acids. These drugs can bind to a newly uncovered type of nuclear receptor called PPAR-alpha. The drug-receptor complex in turn can induce marked changes in the synthesis of several proteins necessary for the metabolism of lipids. Dr. Vega is currently studying the mechanism of action of fenofibrate in patients with various forms of dyslipidemia.