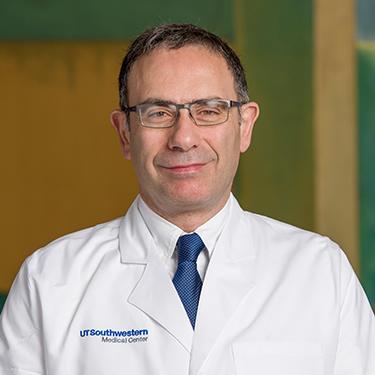 Dr. Minassian is a pediatric neurologist whose clinical specialties are epilepsy, neurodegenerative diseases, and neurogenetic conditions. Two of his primary interests have been Lafora disease, for which his lab discovered the genes, and Gene Therapy for neurological diseases of children.

He has published more than 120 scholarly articles and authored or contributed to 10 books, and his many professional honors include the Jacob's Ladder 2014 Norman Saunders International Research Prize for Outstanding Scientist, the American Academy of Neurology 2007 Dreifuss-Penry Epilepsy Award, the Canadian Paediatric Society 2008 Sanofi Pasteur Research Award, and the American Epilepsy Society 1996 Young Investigator Award. Dr. Minassian is a Fellow (Neurology) of the Royal College of Physicians and Surgeons of Canada.

Dr. Minassian went to the American University of Beirut for his undergraduate studies.  He then completed medical school at McGill University in Montreal.  He first did a residency in Adult Neurology at UCLA and the West Los Angeles VA.  During his residency, he realized that his chief interest is root causes of neurological disease, which in important part include genetics.  Since genetic diseases present mostly in childhood, he switched orientation to pediatric neurology.  He learned pediatric epileptology and neurogenetics at The Hospital for Sick Children, in Toronto, Canada.  He then joined the faculty at that institution as a clinician-scientist.  Over 20 years there he was involved in the discovery of more than 20 neurological disease genes.

Meanwhile, gene replacement therapy was becoming increasingly possible.  Dr. Minassian moved to UT Southwestern to lead the Pediatric Neurology division here, and build a premiere Gene Therapy program.  This included recruitment of a leading Gene Therapy Scientist, Dr. Steven Gray and his team.  Together, Drs. Minassian and Gray direct the UT Southwestern gene therapy program.  While Dr. Gray and colleagues’ labs perfect gene therapy technologies, Dr. Minassian is organizing the Pediatric Neurology faculty and trainees to be equipped to conduct gene therapy clinical trials.  The marriage of research and the clinic will serve to build the Future of Medicine in Pediatric Neurology, a large portion of which consists of numerous rare single gene defect disorders.  It will also extend in subsequent steps to Adult Neurology and Psychiatry and their common diseases, including Alzheimer disease, Parkinson disease, Schizophrenia and others, which also are genetic in their root causes.