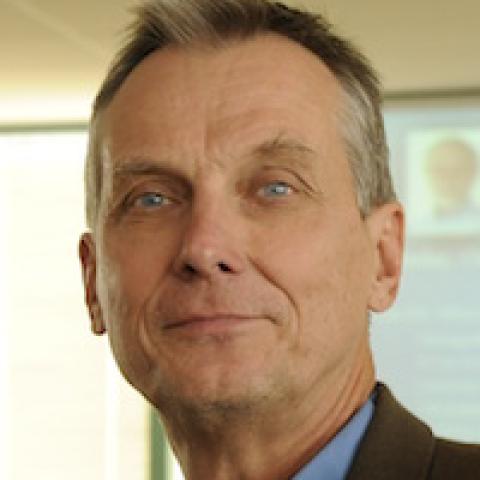 Dr. Hilgemann is a very original investigator who has forged new fields of cell physiology from simple but difficult biophysical measurements that he often makes with his own hands.

Using electrical methods that he developed or refined, he made precise measurements and quantitative mechanistic models of all Na transport types, ion pumps (Na/K), exchangers (Na/Ca and Na/H), and cotransporters (Na/GABA).

With his unique microsecond patch clamp and ion-selective electrodes, he measured and modeled transport reactions, gating reactions, and electrical transport noise of  Na/Ca exchangers; he determined the molecular basis for the exchanger’s imperfect transport function and the consequences for cardiac myocytes, namely enhanced pacemaking currents and increased resting free Ca.

Analyzing regulation of exchanger gating reactions, he deduced that many transporters and ion channels require a rare membrane phospholipid, PIP2, to function and that PIP2 modulated ion channel interactions with many signaling molecules (e.g. G-proteins).

He established the criteria and proofs for this new, now very large field of dynamic ion channel  regulation by phophosphoinositides, and he developed new methods for practical analysis of these cell lipids.

Then, moving deeper into lipid signaling, Hilgemann began analysis of endocytic processes that rely on PIP2 and the formation of membrane proteolipid domains, but not conventional endocytic proteins. In doing so, he uncovered a new pathway by which mitochondria can regulate surface membrane remodeling, namely by controlling palmitoylation of membrane proteins that coalesce into membrane/protein domains.

In this endeavor, he established new experimental models of highly important, but very illusive endocytic processes that can become extraordinarily powerful during cell stress. These include multiple forms of Ca-activated endocytosis that probably underlie 'bulk' endocytosis.

Together with colleagues from UC London, he has recently identified new Ca sensors for exocytosis that add a new layer of intrigue to the control of membrane turnover in eukaryotic cells.