It is known for decades, and most recently seen in dynamin knockout mice, that endocytosis continues when classical mechanisms are blocked or deleted. With the help of ubiquitin, yeast live without clathrin and fungi reveal still other alternatives in the absence of clathrin.

We discovered a few years ago that 50 percent of the cell surface of many cells can be removed in seconds by Ca-dependent endocytosis that requires no classical endocytic player. This response is unrelated to either apoptosis or autophagy; cell cultures survive and even flourish in the wake of this remodeling. This form of endocytosis, relying on no known adapter or cytoskeleton, can quantitatively remove PD-1 receptors from the T-cell surface membrane, receptors whose inactivation is a key to activating immune responses.

Our poor understanding of these mechanisms starts with the Ca sensors that initiate them; synaptotagmins, the best known Ca sensors that trigger exocytic events, are likely not involved, and we have recently identified alternative proteins.

In short, endocytic and exocytic processes that are ‘unconventional’, i.e. do not involve the best-known protein machines in a conventional manner, are more diverse, flexible, and powerful than widely appreciated. Their importance was missed because they all require cell stress for activation. 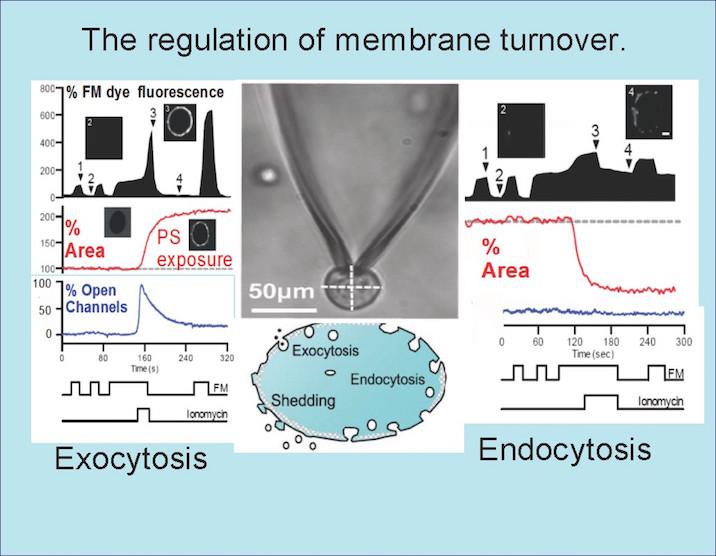