Formation and Functions of Membrane Domains

Few topics in cell biology are more controversial than lipid-protein domains, dubbed ‘lipid rafts’,  and we could not have begun this work with a more skeptical attitude.

Our journey started with the observation that fibroblasts, T-cells, and myocytes can all rapidly internalize one-half of their plasmalemma in response to Ca transients and/or metabolic stress without involvement of classical endocytic proteins.

More ordered membrane fractions are preferentially internalized, and our findings suggest that coalescence of ordered lipid/protein domains can be triggered by generation of amphipathic metabolites of lipids or by the acylation (palmitoylation) of proteins. As domains expand from a few nanometers to 10s of nanometers, we can project that their lifetimes increase from milliseconds to a few seconds, long enough to allow the occurrence of localized biochemical events.

Mitochondrial metabolic stress triggers domain-dependent massive endocytosis by promoting the release of coenzyme A from mitochondria and subsequently the palmitoylation of surface membrane proteins.

This biochemical pathway becomes highly activated after ischemic episodes. We speculate that endocytosis relying on membrane phase separations may have been an early form of endocytosis upon which classical mechanisms evolved. 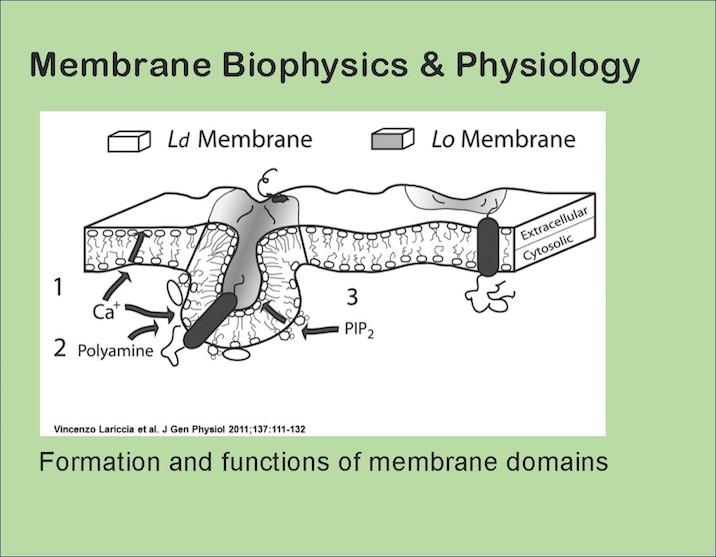