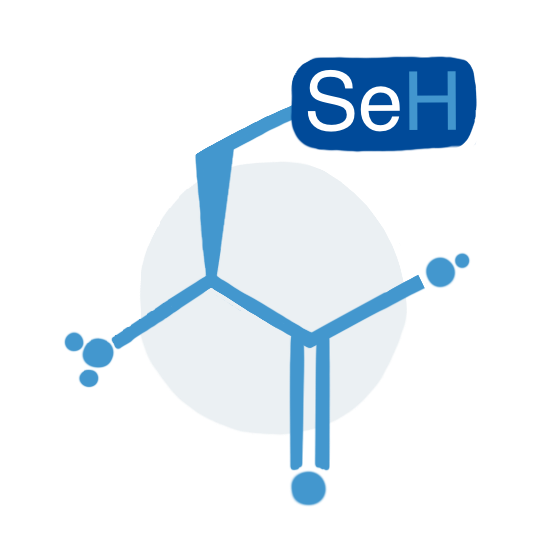 Our laboratory is interested in investigating the molecular mechanisms of selenoproteins in health and disease. Selenoproteins are a unique family of proteins that incorporate the micronutrient selenium in the form of the 21st genetically encoded amino acid, selenocysteine. These proteins are found in all three domains of life, highlighting their evolutionary prevalence and significance, with the human selenoproteome consisting of 25 selenoproteins. Several human selenoproteins have even been implicated in various pathophysiologies including cancer, cardiovascular, and neurological disorders.

Despite their evolutionary prevalence and pathological significance, the activities of these selenoproteins remain enigmatic. Projects in the lab utilize a multidisciplinary approach consisting of molecular biology, biochemistry, structural biology, and cell biology to study the role of selenoproteins in human physiology and pathophysiology.

One such selenoprotein that is evolutionarily conserved from bacteria to humans is Selenoprotein O (SelO). Using X-ray crystallography, we show that SelO has a unique mode of binding to ATP which facilitates a post-translational modification known as AMPylation. SelO localizes to the mitochondria, where it AMPylates several proteins that regulate the effects of reactive oxygen species (ROS). Mutations that deactivate SelO hamper the ability of the cell to defend against harmful ROS, leading to cell death.

Our studies have resulted in the discovery of a new catalytic activity for the selenoprotein family and a new paradigm in the cellular antioxidant pathway. Current projects in the lab aim to determine the mammalian targets of SelO and the physiological relevance of SelO in various disease models including acute kidney injury and cancer progression.