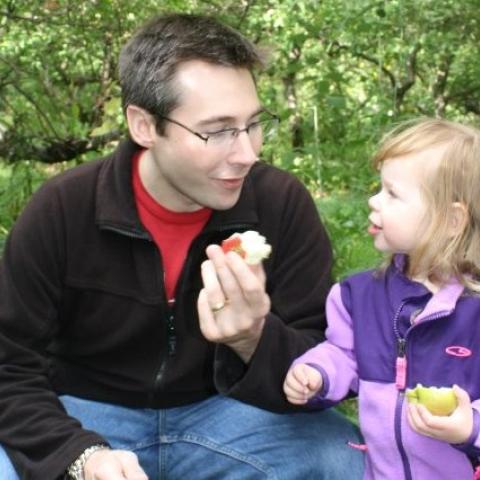 Dr. Henne received his B.S. in Cellular and Molecular Biology from Texas Tech University in Lubbock, Texas, and then accepted an MRC Scholarship from the UK to pursue graduate studies at the MRC Laboratory of Molecular Biology at Cambridge University. As a student in the lab of Harvey McMahon, Ph.D., he studied how membrane sculpting BAR and F-BAR domain-containing proteins promote clathrin-mediated endocytosis. He characterized the F-BAR proteins FCHo1/2 and showed that they play crucial roles in initiating clathrin vesicle biogenesis (Henne, Structure, 2007; Henne & Boucrot, Science, 2010). Mike was awarded the Max Perutz Prize for his graduate work.

Following graduate school, Dr. Henne began a postdoctoral position in the laboratory of Scott Emr, Ph.D., at Cornell University as a Sam and Nancy Fleming Research Fellow. There, he continued to study endolysosomal trafficking, and how endosomes can be reshaped by the ESCRT (Endosomal Sorting Complexes Required for Transport) pathway. His work focused on reconstituting and imaging ESCRT protein assemblies using a variety of in vitro and cell-based assays and dissecting how they shape multi-vesicular endosomes (Henne & Buckhovich, Cell, 2012; Buchkovich & Henne, Dev Cell, 2013). He also developed a genome-wide screening approach in yeast, which identified the protein Mdm1 as a novel ER-vacuole tethering protein (Henne, JCB, 2015). Capitalizing on these findings, he started his lab at UT Southwestern.

Dr. Henne started his lab at UTSW in the Fall of 2014 as a W.W. Caruth, Jr. Endowed Scholar in Biomedical Research. His lab has two general interests: 1) dissecting how metabolism is organized within cells, and 2) characterizing contact sites that lipid droplets (LDs) make with other organelles. He is also interested in how LDs are created and utilized to maintain cell homeostasis, and how metabolic organization influences cellular decision-making.

In his lab, Dr. Henne uses a combination of cell biology, biochemistry, structural biology, and genetics. The lab's interests exist at the interface between basic and biomedical research, with projects involving metabolism, aging, and cellular and organismal homeostasis. Dr. Henne is the recipient of numerous grants to support his work, including funding from the Welch Foundation and the American Federation of Aging Research (AFAR). In 2016, he received a Maximizing Investigators' Research Award (MIRA) from the NIH NIGMS, as well as being named a 2016 Searle Scholar.