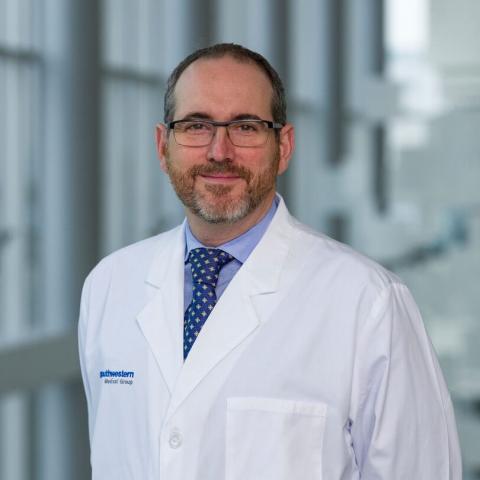 Vice-Chair of Research in the Department of Radiology
Professor of Radiology, Urology, Advanced Imaging Research Center, and Biomedical Engineering

Ivan Pedrosa, M.D., Ph.D., is Professor (tenure) of Radiology, Urology, Advanced Imaging Research Center, and Biomedical Engineering at the University of Texas Southwestern Medical Center. He serves as the Vice-Chair of Research in the Department of Radiology. He is the holder of the Jack Reynolds, M.D., Chair in Radiology and Co-Leader of the Kidney Cancer Program at the Harold C. Simmons Comprehensive Cancer Center. He serves in the UT Southwestern Medical Group Board.

Dr. Pedrosa received his M.D. from the University Complutense of Madrid in Madrid, Spain. He completed his Residency in Radiology at the Hospital Clínico San Carlos in Madrid, Spain, and fellowships in Trauma and Emergency Radiology at Jackson Memorial Hospital in Miami, Florida, and Body MRI at Beth Israel Deaconess Medical Center (BIDMC) in Boston, Massachusetts. In 2002, he was appointed instructor in Radiology at Harvard Medical School and in 2008, Director of Body MRI at BIDMC. In 2010 he was promoted to Associate Professor of Radiology at Harvard Medical School. In 2011 Dr. Pedrosa joined the Department of Radiology at UT Southwestern Medical Center. In 2017, he defended his Ph.D. thesis at the University of Oviedo, in Oviedo, Spain, for which he received the qualification of Excellent Cum Laude.

Dr. Pedrosa has been awarded numerous honors including the Best Teacher of the Department of Radiology at BIDMC (2005), Norman Joffe, MD Award to the Best All-round Radiologist at BIDMC (2006), Fellow of the Society of Computed Body Tomography and Magnetic Resonance Imaging (SCBT/MR)(2011), the Lauterbur Award from the SCBT/MR (2012), and the Golden Apple Award for the Best Teacher of the Department of Radiology at UTSW (2014). He has served as the Chair of the Educational and Scientific Body Programs for the International Society of Magnetic Resonance in Medicine (ISMRM) and the Scientific Committee for the SCBT/MR. He has been an invited speaker 95 times to national and international meetings.

His translational research program in genitourinary cancers focuses on implementing novel quantitative MRI techniques for the prediction of aggressiveness, angiogenesis, and response to novel therapies. He has received multiple grants from the National Institute of Health and other funding agencies. Dr. Pedrosa is a member of the American College of Radiology Imaging Network (ACRIN) Genitourinary Committee, ACRIN Experimental Imaging Science Committee, and the Renal Cancer Task Force of the Genitourinary Steering Committee of the National Cancer Institute (NCI).