The development of brain circuits requires a combination of “hard-wired” genetic factors, as well as a patterned sensory experience.  Sensory experience-driven neural activity is necessary for the formation and strengthening of excitatory synapses as well as for synapse and spine elimination which refines circuits during development and learning.  Alterations in synapse development and elimination occur in both autism and schizophrenia.  We study the cellular, synaptic and molecular mechanisms of synapse and circuit development and how this is regulated by genes implicated in autism and schizophrenia.  We have focused on the Myocyte Enhancer Factor 2 (MEF2) family of activity-dependent transcription factors, as well as the RNA binding protein, Fragile X Mental Retardation Protein (FMRP).  In this work, we use state-of-the-art optogenetic and laser stimulation techniques to measure the functional properties of specific synaptic pathways and do this in combination with simultaneous paired recordings and cell-autonomous deletion of disease-linked genes in vivo.  Using these methods, we have discovered roles for MEF2 and FMRP in activity and experience-dependent synapse development and elimination in hippocampal and neocortical circuits (Pfeiffer et al., 2010, Tsai et al., 2012, Wilkerson et al., 2014, Zang et al., 2013; Rajkovich et al., 2017, Chang et al., 2017).  A current goal of this work, funded by an NICHD R01 grant, is to determine how sensory experience-driven neural activity regulates MEF2-dependent transcriptional control of target genes to mediate input-specific development and plasticity of cortical circuits and the role of disease-linked MEF2 target genes.  To identify molecular mechanisms by which MEF2 and FMRP regulate synapse and circuit development, we utilize transcriptomic profiling of neurons after the deletion of MEF2 or FMRP.

Activity-regulated epigenetic regulators are increasingly implicated in human autism.  Another ongoing project, in collaboration with Dr. TK Kim and funded by the Simons Foundation Research Initiative is to explore the functional implications of these ASD-linked epigenetic factors in transcription-dependent synaptic plasticity and gene expression. 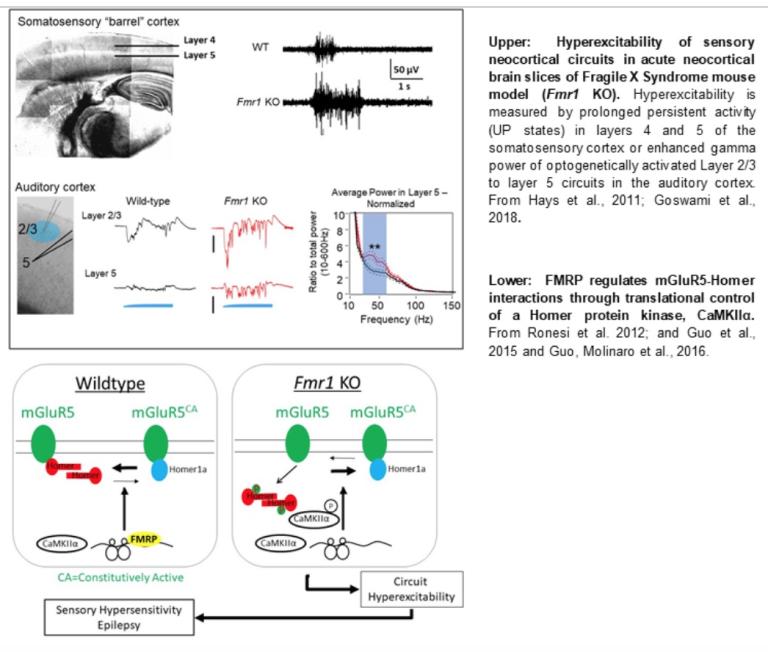