These findings contribute to our understanding of cancer metabolism and have important therapeutic implications. First, our data newly establish the tumor-promoting activity of TMPRSS11B, which is highly expressed in LSCC and is associated with poor survival in lung cancer. These results, coupled with the fact that TMPRSS11B is a protease localized to the cell membrane, raise the possibility that this protein may be targeted with novel therapeutic antibodies or small molecules in lung cancer and other malignancies. Second, we linked the transforming activity of TMPRSS11B to its ability to regulate Basigin and lactate export. Finally, there has recently been a resurgence of interest in lactate transport and metabolism, given the discovery that this metabolite is not merely a bi-product of glycolysis but also serves as a fuel in normal tissue and in cancer. This work uncovers an important new component of the machinery that regulates intra- and extracellular lactate levels and links this new pathway to cancer pathogenesis. These studies set the stage for further mechanistic dissection and potential therapeutic targeting of this pathway. 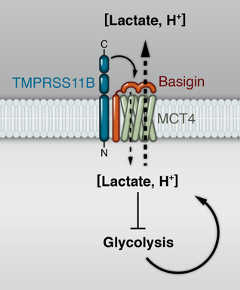 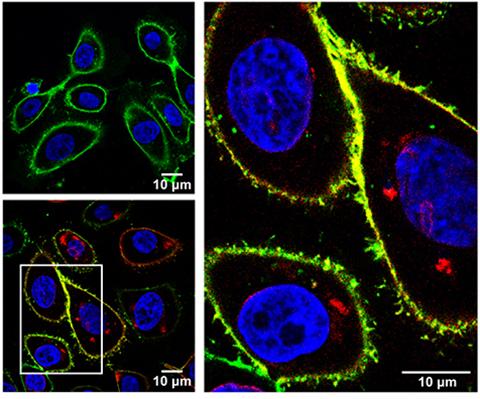