Vascular tubulogenesis is essential to the formation of the cardiovascular system. Within initial vascular cords of endothelial cells (ECs), apical membranes are established and become cleared of cell-cell junctions allowing continuous central lumens to open.

The mechanisms driving these events remain incompletely understood. We are interested in how endothelial cells transform from a lumenless cord of cells to an organized tube that can carry blood. Recently, we have observed that clearance of junctions must happen along the apical membrane of ECs and that these events depend on pathways downstream of the Ras interacting protein 1 (Rasip1).

We are interested in understanding how the Rho GTPases Cdc42 and Rac1, and the downstream kinase Pak4, control the endothelial cell cytoskeleton to facilitate tubulogenesis.

In addition, we are elucidating how the RhoA/ROCK/NMII machinery is controlled by Rasip1 to allow regulated expansion of lumens after blood flow has started. In all, we are working to elucidate how vasculogenesis occurs via a controlled, stepwise process regulated by Rasip1 and its control of Rho GTPases and NMII. 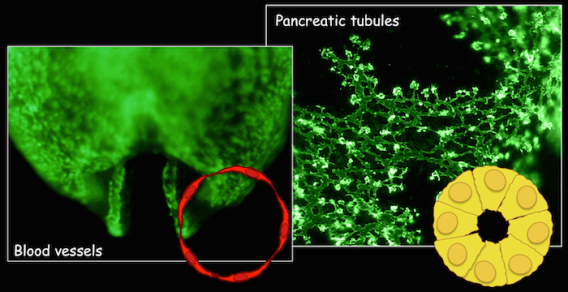 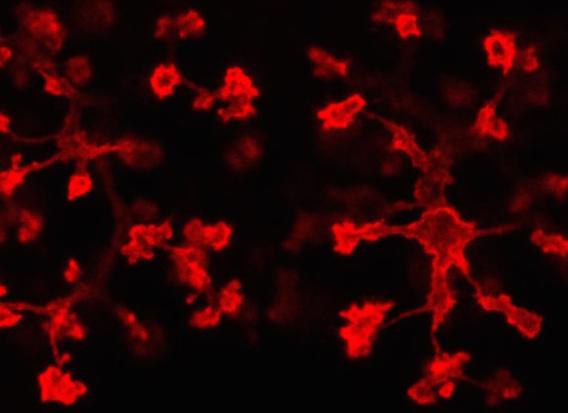 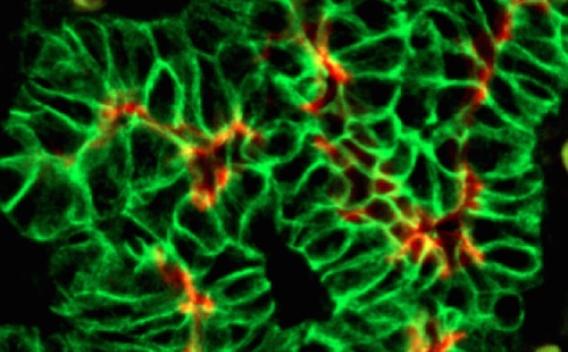 Interestingly, the lab has identified similar molecular and cellular pathways regulating epithelial tubulogenesis. Pancreatic epithelium develops differently than endothelium, in that it initially undergoes a transient stratification followed by de-stratification, during the early stages of development. Cells of the stratified epithelium undergo shifts in cell polarization and cell shape, to initiate lumen formation. Coordinated development of these epithelial tubes gives rise to the ductal tree and the overall pancreatic organ. Key dynamic cellular events coincide with the time when pancreatic cells acquire their fates and become committed to functional cell types.

Several studies, including work from our lab, have shown that the determination of cell fate is tightly regulated by the early morphological events in the pancreas, i.e. the 3D architecture of the pancreatic epithelium. To investigate these questions, we use mouse models with a deficiency in lumen formation.

One candidate factor we have become interested in is the molecule afadin. Afadin is a molecule required for junctional complex formation through its direct interaction with nectins and the actin cytoskeleton. Afadin was shown to be indispensable for proper lumen formation in the renal vesicles of the developing kidney by Dr. Denise Marciano here at UTSW. Afadin knock-out in the murine pancreatic epithelium is currently revealing how it regulates pancreas morphogenesis and cell-fate decisions.