The primary cilium is critical for Shh signaling in dorso-ventral neural tube patterning (Goetz and Anderson, 2010). Shh signaling culminates in processing of the bifunctional Gli transcription factors to generate Gli activators or repressors in a cilium-dependent manner. Addition of Shh results in removal of Patched (Ptch1), the Shh receptor from cilia, and accumulation of Smoothened (Smo), a frizzled family GPCR in the compartment.Smo determines activation of the pathway by promoting generation of Gli2 activator. 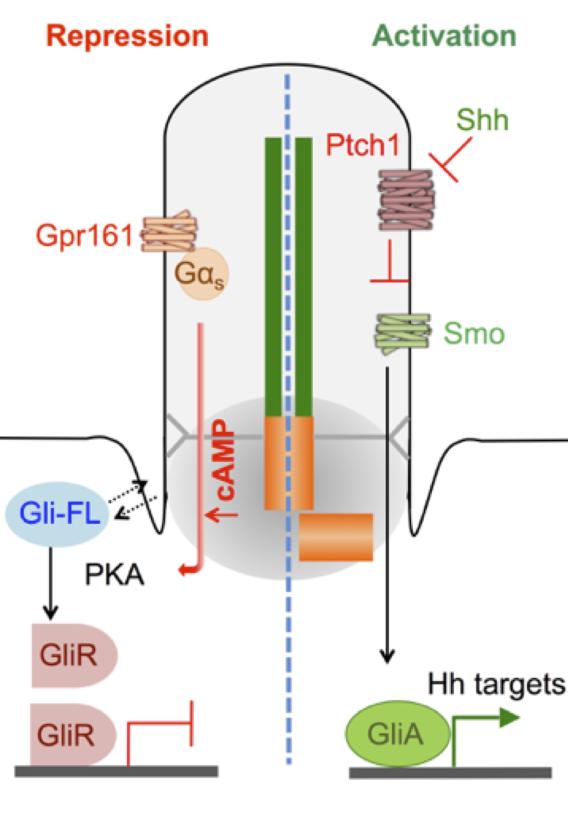 In addition to Gli activator, Gli repressors (mainly Gli3R) are generated in a cilium-, protein kinase A- (PKA), and suppressor of fused (Sufu)-dependent manner upon proteolytic processing (Mukhopadhyay and Rohatgi, 2014), referred to as the basal repression machinery of Shh signaling. However, the pathways determining cAMP-PKA signaling in the cillium are not well understood and are critical toward addressing the role of negative regulation of the pathway.

The role of basal suppression of Shh pathway and its interaction with Indian hedgehog (Ihh) signaling during limb/skeletal morphogenesis is not well understood. We discovered that forelimb buds are not formed in Gpr161 knockout mice embryos despite establishment of prospective limb fields. Limb-specific deletion of Gpr161 resulted in prematurely expanded Shh signaling and ectopic Shh-dependent patterning defects to cause polysyndactyly. In addition, endochondral bone formation in forearms, including formation of both trabecular bone and bone collar was prevented. 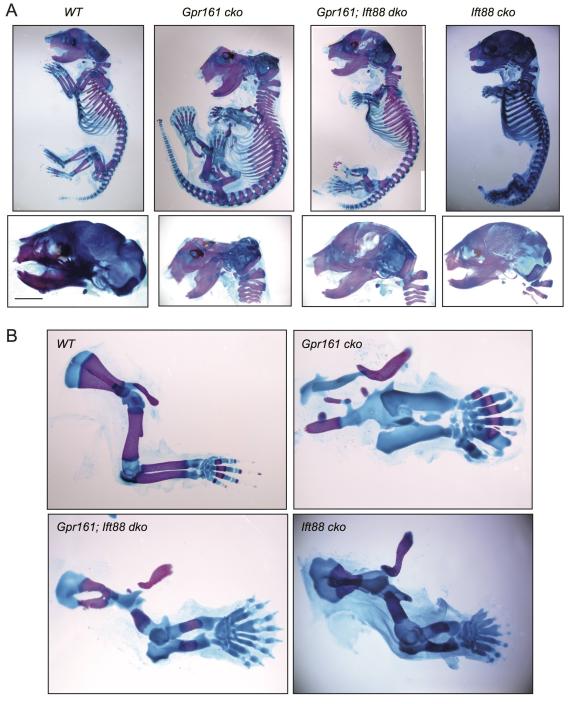 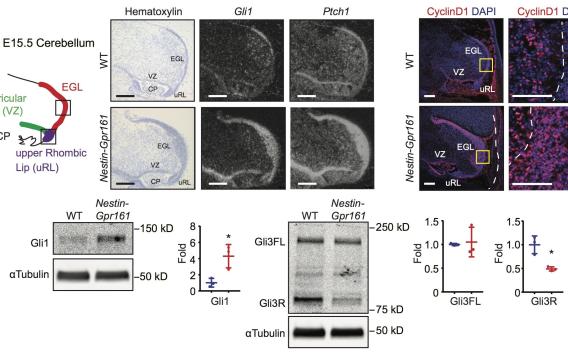 Increased Shh signaling in Gpr161 conditional mutant cerebellum in the absence of Shh. 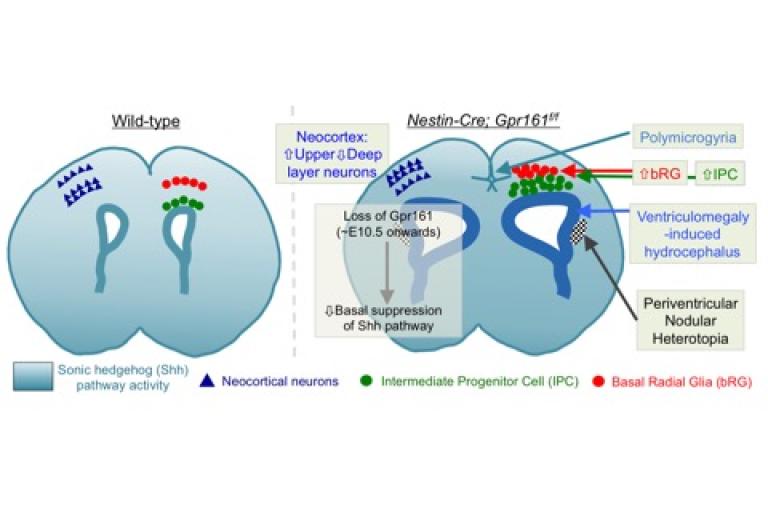